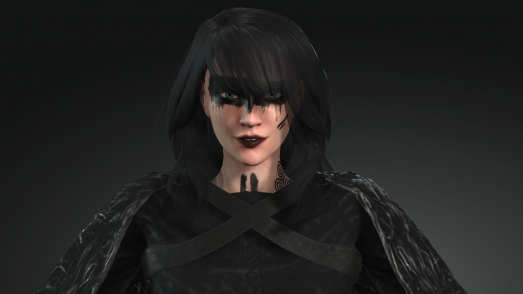 The Morrígan or “Phantom Queen”. A central character in the story and environment being developed as part of this project (a demonstration of spoken word storytelling techniques in VR using Unity).

She was “Both a single deity and a triple goddess, made up of Ireland’s most powerful goddesses” and some consider her to be the origin of Morgan le Fay / Morganna from Arthurian legend.